What's in a Name? A Look at Naming Patterns 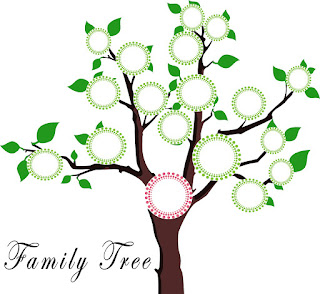 If you have a strong heritage to a particular country, your family may have followed a long standing naming tradition for first names. On the surface it may seem frustrating, but there are some great clues in these traditions that can help you establish another generation back.

French Canadian Naming Patterns
These can be confusing, without throwing in "dit" names. That's a whole blog post in itself. Usually a child would have three names

On my maternal side, this has occurred right up until my mother's generation. The only deviation in my mom and her siblings is that there were only two names. It is their middle name that they go by.


Scottish Naming Patterns
According to FindMyPast's blog post, they were actually two different traditional naming patterns people followed. They caution that not everyone used the naming traditions.

The first pattern for boys was:


For girls:
See the link above for details on the second naming tradition.

English and Irish Naming Patterns
The traditional naming pattern of England is very similar to the Scottish.

Boys:
Girls:
The British also tended to use maiden names as middle names. This can be extremely helpful with tracing your female ancestors. I once had a friend ask me to find out where the middle name "Steel" came from in her family line. It was a long standing tradition to give the first born son this as a middle name. It turned out it was the maiden name of her 3x great grandmother. It had traveled down through 5 generations of sons as a middle name.

German Naming Patterns
Similar to French Canadians, Germans traditionally used a religious name first, and the name they went by was second. In my Lunenburg ancestors, I have a lot of "Johann" and "Anna" as first names. For the commonly used name, they usually followed the following pattern:

For boys:
For girls:
Ukranian Naming Patterns
The Canadian West in particular has strong Ukranian roots. A traditional Ukranian name would follow the following:

Now keep in mind that not everyone stuck to ethnic naming patterns. Some families tended to have their own unique versions. I've seen traditions where a son's middle name was a father's first name. But if you're lucky enough to see a pattern develop, it can give you some great clues on getting another generation back.

Posted by Candice McDonald at 17:28